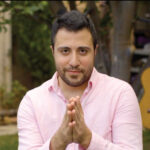 Giorgi graduated from Berklee College of Music in May of 2014 and holds a Master of Music degree from Manhattan School of Music. With his groups, Mikadze plays a repertoire that includes his genre-hopping compositions and clearly shows how he has become in demand as a sideman and musical director.

He recently embarked on a two-year world tour with Taiwanese pop singer Leehom Wang, serving as an arranger and keyboardist.